What is the Bitcoin Cryptocurrency All About? 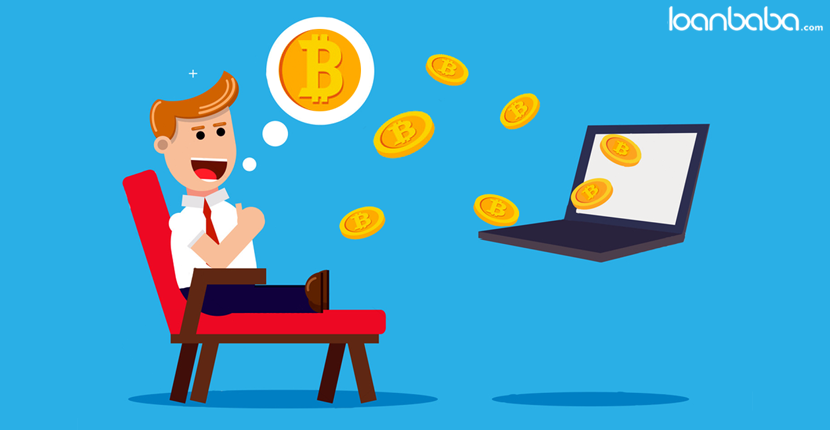 Recently, Bitcoin Cryptocurrency has been in news for some reasons, and many do not fully understand why. Cryptocurrencies, such as Bitcoin are grabbing the headlines because of their impact on the financial world. So what is Cryptocurrency? It is a digital form of currency and far more efficient in terms of transaction costs, usage etc. It is also decentralized, the reason, why it is being preferred all over the world. Cryptocurrency is not regulated by the central banking system. It uses extremely complex code systems or cryptographic protocols, which encrypt sensitive data transfers and secure the units of exchange.

Below are some of the frequently asked questions about Bitcoin and other Cryptocurrencies.

The existence of Cryptocurrency dates back to the early 1980s. But, the 1st Cryptocurrency, which went open for trading was Bitcoin, dating back to 2009. After Bitcoin, several other Cryptocurrencies were created with new algorithms with shorter or longer block times and other features to suit the future economy, better.

Bitcoin is a Cryptocurrency and the first publicly utilized means of exchange to combine user anonymity, decentralized control, and record-keeping through a blockchain with built-in scarcity. Outlined first in a 2008 white paper, which was published by Satoshi Nakamoto (pseudonymous group or person), Bitcoin was released in early 2009 to the public. Shortly, people started exchanging and mining the currency.

In late 2010, many other Cryptocurrencies, such as Litecoin, came into being. The 1st public Bitcoin exchanges too appeared around this time. WordPress became the first major merchant in late 2012, to accept Bitcoin as a payment means.

The basic idea behind forming of Cryptocurrency was the creation of a decentralized market, where banks and government cannot interfere by posing any fees or taxes upon the earnings. Most people today think that Cryptocurrency is the evolution of payment methods and money. Bitcoin is a way of making online payment easier by excluding middlemen and additional fees, which are otherwise imposed on other online payments modes such as Credit Cards and Debit Cards, etc.

Below mentioned are some of the advantages of Bitcoin and other Cryptocurrencies.

As Cryptocurrencies are reliable means of exchange, specifically outside the direct control of national banks, in the long-run, many political scientists and economists expect that governments of almost every country would co-opt Cryptocurrencies such as Bitcoin.

Some websites and online services make payments in terms of Cryptocurrencies. These can provide you points through which you earn Bitcoin easily, without putting much effort.

When someone uses Cryptocurrency for international transactions, the transaction is treated the same as that which is domestic in nature. Transactions attract either a nominal transaction fee or come free, depending on where the recipient and sender are located.

Cryptocurrencies such as Bitcoin are mostly hardwired for scarcity. It means the source code indicates the number of units that can ever exist. Unlike fiat currency, which is affected by inflation, Bitcoin and other Cryptocurrencies; like precious metals, are inflation-protected.

Some of the Disadvantages of Cryptocurrency

Below mentioned are the disadvantages of Bitcoin and other Cryptocurrencies.

As Bitcoin Cryptocurrency is dependent on its data, loss of the same means a direct financial loss. If the data is stolen, the person loses the Cryptocurrency benefits.

Many grey and black market online transactions could be denominated in Cryptocurrencies, such as Bitcoin.

As Cryptocurrencies are not regulated by national governments, these naturally attract tax evaders, which could be harmful to a nation’s economy.

Many Cryptocurrencies have few outstanding units, which are concentrated within a handful of individuals. Thus, these holders can directly control the supplies of currencies.

The Cryptocurrencies with higher market capitalization- may dedicate online exchanges in terms of only fiat currency and not Cryptocurrency.

The Scenario of Bitcoin and Other Cryptocurrencies in India

In India, the Ministry of Finance had said that VCs (virtual currencies) are not currencies. These are merely coins without physical attributes and thus, these are neither recognizable currencies nor coins that can be handled in reality. Virtual currencies are not backed by the government and are not legal tender. The Reserve Bank of India (RBI) does not authorize any VCs as a medium of exchange. Tax evaders concerning with use of Cryptocurrency will be monitored. Thus, Indians mining Bitcoin and similar Cryptocurrencies need to pay tax on the gains as stated by the law.

How Cryptocurrency works out for a particular individual, is something subjective. One has to take into account practical limitations and understand that usage of Bitcoin, which does not warrant immunity from legal accountability. There are several apps that allow you to buy and sell Bitcoin in India. One can monitor Bitcoin price easily on the internet and keep a tab of Bitcoin price in INR. Thus, it is important to understand the facts about Cryptocurrency before making a decision about using Bitcoin.