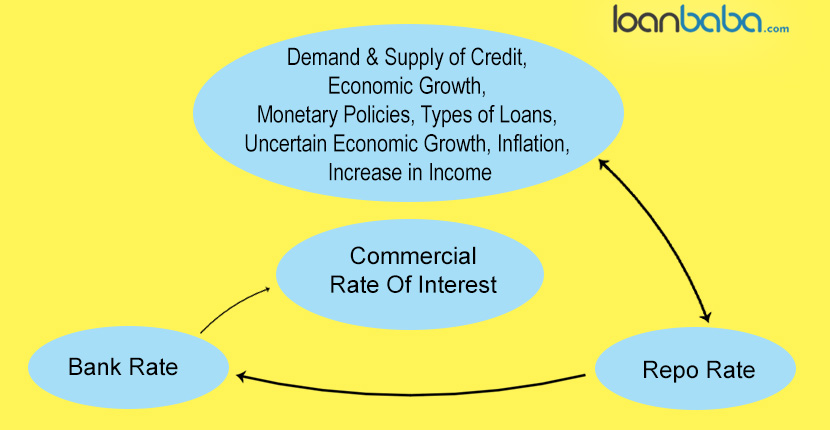 The interest rate is the rate at which a person borrows money from a lender. The amount that is borrowed is called the â€˜principleâ€™. The cost you pay for borrowing it is called the â€˜interestâ€™. In modern times, the interest charged depends not only on the types of loans, but also on various economic factors. The rate of interest is directly influenced by Bank rate and indirectly affected by Repo rate. Repo rate, in turn, is influenced by and influences various socio-economic conditions. A rise in rate of interest has multiple effects:

Let us look at those factors which affect the rate of interest:

Thus, both are fixed by the RBI, both affect rates of interest and both are means to control cash flow in the market.

Interest rates are also influenced by the following factors:

Apart from these factors such as unemployment, commodity prices, spare capacity, exchange rate, real estate prices etc. also have a significant impact on interest rates as they are all linked together.