7 Impacts of GST on Common Man in India 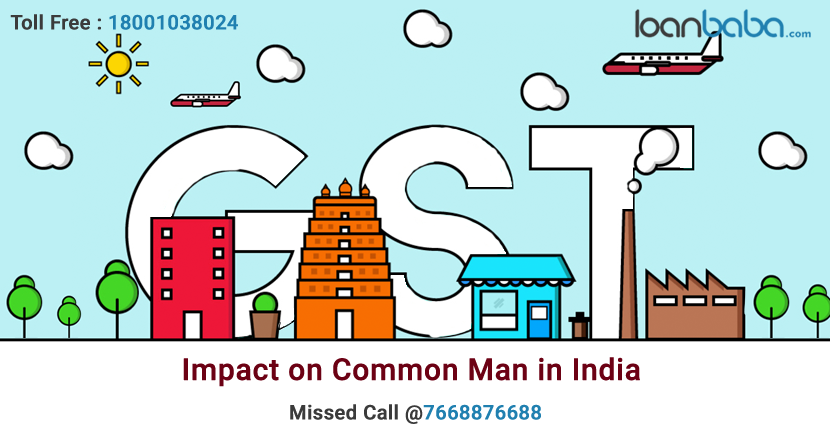 The Goods and Services Tax (GST) in India has replaced several taxes charged earlier. It has replaced VAT, service tax and taxes of excise. For a common man, GST means a lot different than to a businessperson. While the common man (no service providers) does not have to do GST registration or pay GST via input credits, he/she will still be affected directly under the new tax regime in many ways because as GST is an indirect tax, which will be ultimately borne by the end consumers.

Before we discuss the impact of GST on the common man in India, it is essential to understand types of GST implementation and the GST rates.

Types of GST Implemented in India

How Does GST Impact You?

After adjustment in several taxes before Goods and Services Tax, the aftermath holds tax relief especially because there will be a reduction in prices for FMCG products such as chocolates, shampoos, also small cars, booking air tickets, DTH etc. Eating out may also become cheaper, as earlier the service tax and VAT together made dining out experiences quite heavy on the pocket. Now VAT is applicable only to places that allow alcoholic drinks. Otherwise, GST has replaced service tax.

On the other hand, there will be an increase in prices for luxury cars, gold, textiles, aerated beverages, and tobacco. In terms of prices, services would be more expensive at the onset of GST. However, in the long run, the benefits of GST will kick in terms of reduction in inflation and higher input credits, thus, bringing down most of the prices for goods and services.

The tax rate for services has increased from 15% to 18%. Thus, in short-run, the common man will encounter 3% rise in service prices, but also benefit from GST in the following ways:

The above examples will help you understand the impact of GST on the common man in a simpler manner. The impact on pricing due to additional credits and reduced cost of supply are two separate aspects. Goods and services tax shall bring greater transparency to the taxation regime in India and enhance compliance levels for creating a common playing field for businesses and levelling the central and local taxes accountably.

GST has definitely changed the earlier tax regime taxation, which was production-based, to now- a consumption-based system. The common man, in the long run, would be benefited from GST in terms of infrastructure and economic growth of the country, and a lot more.