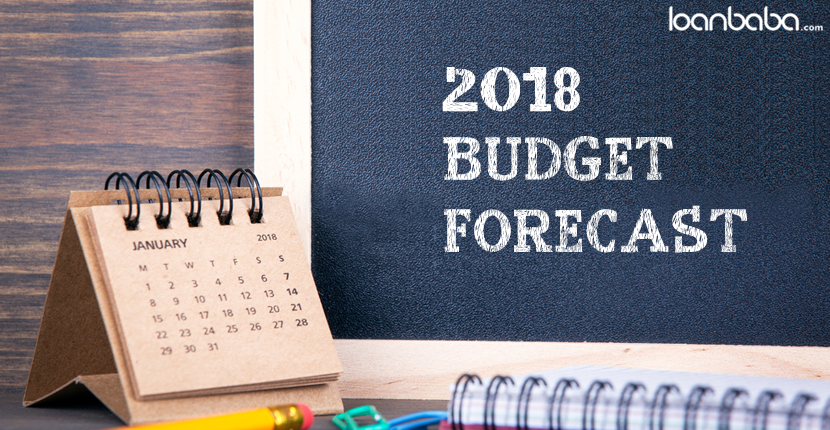 The Parliamentary Affairs Minister, Ananth Kumar has confirmed that the Union Budget 2018 will be presented on 1 February. It was further said that parliament’s budget session shall be conducted between 29 January and 6 April 2018. The first phase will be held between 29 January and 9 February, and the second phase will be conducted between 6 March and 6 April 2018. The Finance Minister, Arun Jaitley will be presenting the Budget 2018 India, for the fiscal year 2018-19.

Economic Survey shall be tabled on 29 January, the same day when President Ramnath Kovind will address the joint sitting of two Houses. As we are now in post-GST (Goods and Services Tax) era and with the general election of 2019, just around the corner, a lot many changes are expected to spell financial relief for middle-class and rural sector finance. Like last year, the railway budget may be clubbed with the oncoming Union Budget 2018-19.

The expectation for growth of GDP (Gross Domestic Product) was at 6.5%. However, the growth rate has come at a 4-year low. Thus, growth in FY18 will be lower than FY17, in the first part. However, the second half of FY18 can promise better growth rate of 6% or more. Given such turbulence in the economy, many industries, common man, and investors have faced an impact, paving a way to some major expectations from Union Budget 2018-19.

Here some of the key expectations people and investors have from the Union Budget 2018-19 of India:

The above-mentioned pointers are structured by analyzing the current economic conditions, steps taken by the government, understanding the need of the hour, demands from common man, expectation by investors, and of course, opinions of financial experts, and may not necessarily be a part of Union Budget 2018-19. However, speculations for such reforms are strong. Keep an eye on Loanbaba’s blog section to know about recent news on Union Budget 2018-19 India, and related updates.